I really do like my Lingerie Reps. They gave me some fantastic advice before I opened Frillies and have continued to give me their continued support for the past 12 months.  I’ve been very lucky.  You can imagine that when I opened, I wanted a boutique full of ‘pretty’ bras from top to bottom.  Different colours.  Different styles.  Different patterns.  But on their advice I agreed to open with mainly continuity ranges of nudes, blacks and whites with a few seasonal fashion colours.  Their advice was spot on but at the time, I really did feel disappointed.  Since then of course I’ve had an array of colourful and pretty bras.  But not on day one.

One of my reps told me that I simply had to take a certain bra.  Her reason was because it was a best seller, customers loved it and it was a fantastic fit.  It was seamless.  It was comfortable.  I was so excited about it but when she took it out of her bag, I just thought what a ‘boring bra’.  It was nude for a start.  It didn’t seem to have any shape. I couldn’t believe that this particular bra was the same bra that she had been talking about.  I was speechless.  Disappointed.  Incredulous to be quite frank. However, I took her advice and took it as part of my stock.

After Frillies opened, the ‘boring bra’ formed part of my stock and I hung it up and ignored it for a while.  I just didn’t offer it to anybody.  My rep came back and asked me how I was getting on and asked whether I had sold any of the ‘boring bras’.  I was surprised she’d asked and fobbed her off with some poor excuse.  Now obviously owning a lingerie boutique means that I do a lot of product testing and so I thought it was about time that I tried the ‘boring bra’ on to see what was so good about it.  The next morning I reluctantly put it on.  I liked that it was seamless.  I liked the shape it gave me.  I liked how comfortable it felt.  Oh my god I really did like it.  I liked the boring bra.  I couldn’t believe it. I wore it to Frillies that day and guess what – it felt great!

Those Frillettes who have tried on the ‘boring bra’ (and let me tell you, there are a lot that have), have all loved it.  The shape. The style.  The fact its seamless.  And I can guarantee you that every Frillette who has tried it on all say the same thing.  “It’s so comfortable” they say. “I love it”.  “I love the boring bra”.  It makes me smile every time. The ‘boring bra’ has quickly become a firm favourite with my Frillettes as there are times when we need those killer bras and there are those times when we need our comfortable bras. 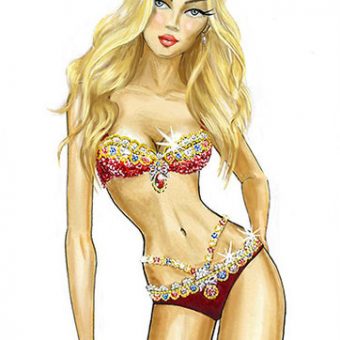 Morning Frillettes. I've seen some of you in the b

If you are hesitant about coming into Frillies, pl

Holidays ⛱️ are a hot topic in Frillies just n

Lovers of this bra will know what a fantastic shap

Thank you for supporting Frillies whilst I've been

Ooh Frillettes look what has arrived this week. A

We have a fantastic range of sunglasses this year.

We may be a small boutique, but we offer you a uni

This website uses cookies to improve your experience while you navigate through the website. Out of these, the cookies that are categorized as necessary are stored on your browser as they are essential for the working of basic functionalities of the website. We also use third-party cookies that help us analyze and understand how you use this website. These cookies will be stored in your browser only with your consent. You also have the option to opt-out of these cookies. But opting out of some of these cookies may affect your browsing experience.
Necessary Always Enabled
Necessary cookies are absolutely essential for the website to function properly. These cookies ensure basic functionalities and security features of the website, anonymously.
Functional
Functional cookies help to perform certain functionalities like sharing the content of the website on social media platforms, collect feedbacks, and other third-party features.
Performance
Performance cookies are used to understand and analyze the key performance indexes of the website which helps in delivering a better user experience for the visitors.
Analytics
Analytical cookies are used to understand how visitors interact with the website. These cookies help provide information on metrics the number of visitors, bounce rate, traffic source, etc.
Advertisement
Advertisement cookies are used to provide visitors with relevant ads and marketing campaigns. These cookies track visitors across websites and collect information to provide customized ads.
Others
Other uncategorized cookies are those that are being analyzed and have not been classified into a category as yet.
SAVE & ACCEPT