Frillies is just over six months old and I cannot believe how the time has flown!  It’s unbelievable.  But what a journey it’s been – there’s been definite highs and definite lows.  It’s been a huge learning curve – emotionally, physically, mentally, financially – and yet quite frankly I love it. I didn’t know what to expect, and I definitely didn’t expect it to take over my life quite as much as it has. It’s all consuming. – but I do love every minute of it.

Looking back, I can understand why my friends and family thought I was totally crazy when I said I was opening a lingerie boutique as it’s not the easiest thing to do when you’re 50!  I should be thinking about slowing down not gearing up to a new adventure.  However, here I am six months on and thoroughly enjoying myself.

Okay so I wasn’t quite prepared for all the boring paperwork that comes with it, the stock control and the accounts.  I’m much more of an ideas and people person but very quickly I’ve learnt that I have to do my paperwork on a Sunday or in the evening. I was so naive to think that I could get any of it done during the day when there’s so much else to do!  Deliveries to unpack and price up.  Decision to be made on where the stock should go.  Windows to be dressed.  New suppliers to meet. Promotions to think of. Customers to greet. And bras to rehang and put away after each fitting.

To have a woman come in, unsure of her body and feeling ashamed of her size feels me with sadness to be honest.  And yet to be able to help that woman by simply fitting her in to the correct bra is such a satisfying experience.  To see that same woman change her posture, to stand tall and look at herself in the mirror and say ‘wow, look at me’ truly is lovely.  That shared moment that I have had daily over the past six months really is something else.  I used to really enjoy my massage and reflexology business, but I have to say that I have totally fallen in love with the lingerie world and with my Frillettes.  There’s something truly wonderful about creating a sanctuary, an environment where shape, size or age doesn’t matter.  What’s more, there’s nothing better than to be walking down the street or to go out and to be waved at by my Frillettes wanting to tell me that they’ve got ‘their bra’ on.  Makes me chuckle every time.

I have my male Frillettes too.  There aren’t as many obviously and I take my hat off to those few men who have opened the door and come in to purchase something for their partner.  It’s not the easiest of environments to come in to for the first time, but once they’ve been in, there’s no stopping them.  I have a lovely memory of one man not wanting to move away from the door.  He bought a voucher for his girlfriend – it was the first time he’d spoilt her and the first time he’d bought her lingerie.  Since then, she’s thrown all her old bras in to the Bra Bank and bought herself new bras and he has braved it enough now to come in and sit down.

My youngest male Frillette is only 3 years old.  I’m sure his mum won’t mind me saying that he loves to come in to the ‘booby cover’ shop and play with the little cars that are in the secret drawer whilst his mum is in the fitting room.  I just love that phrase.

Yes I have had some tough customers in the past six months and it hasn’t been all plain sailing, and I’ve definitely shed a few hidden tears once in a while, but I am so looking forward to the next six months and the six years after that.  It might be a topsy turvy six years, but long may it continue. 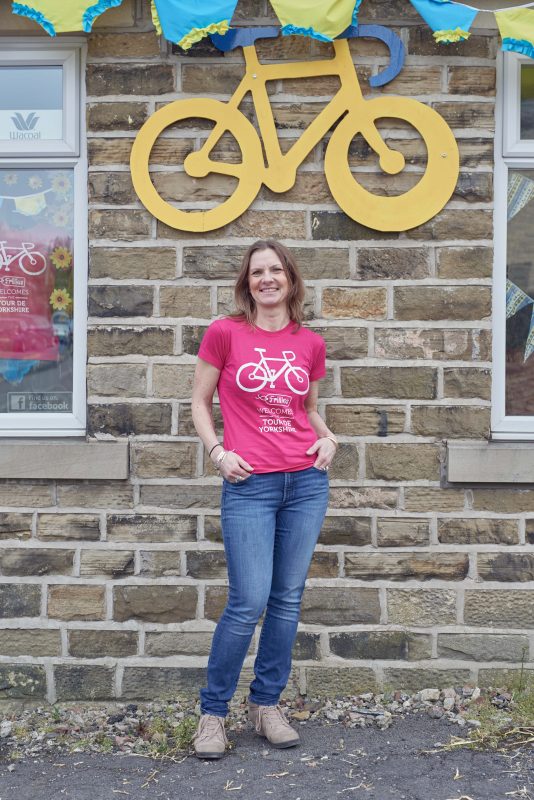 Next postIt’s almost a year …..

Frillies is open 10-6 today This set is beautiful

@hollytucker has been campaigning hard the past fe

New in is this fabulous non moulded seamless bra i

So here's some exciting news Frillettes. My lovely

Happy Saturday Frillettes. I hope you've had a won

Loving the new arrivals 😍 Look at this beautif

Morning Frillettes. Jubilee is almost upon us and

This website uses cookies to improve your experience while you navigate through the website. Out of these, the cookies that are categorized as necessary are stored on your browser as they are essential for the working of basic functionalities of the website. We also use third-party cookies that help us analyze and understand how you use this website. These cookies will be stored in your browser only with your consent. You also have the option to opt-out of these cookies. But opting out of some of these cookies may affect your browsing experience.
Necessary Always Enabled
Necessary cookies are absolutely essential for the website to function properly. These cookies ensure basic functionalities and security features of the website, anonymously.
Functional
Functional cookies help to perform certain functionalities like sharing the content of the website on social media platforms, collect feedbacks, and other third-party features.
Performance
Performance cookies are used to understand and analyze the key performance indexes of the website which helps in delivering a better user experience for the visitors.
Analytics
Analytical cookies are used to understand how visitors interact with the website. These cookies help provide information on metrics the number of visitors, bounce rate, traffic source, etc.
Advertisement
Advertisement cookies are used to provide visitors with relevant ads and marketing campaigns. These cookies track visitors across websites and collect information to provide customized ads.
Others
Other uncategorized cookies are those that are being analyzed and have not been classified into a category as yet.
SAVE & ACCEPT